The brilliant TheyWorkForYou website allows members of the public to scrutinize the voting record of MPs. In this, the first of a series of articles, Tynedale Green Party’s Nick Morphet takes a look at how Guy Opperman, Conservative MP for Hexham has voted on some key issues. 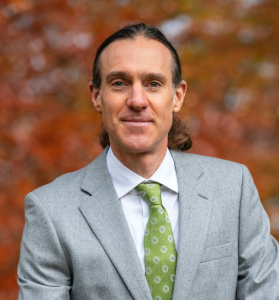 Guy’s Opperman’s voting record makes for a fascinating but disturbing read. Here I summarize how Mr Opperman has voted on a number of policy areas. Each summary is followed by a brief explanation of Green Party policy in that area, by way of comparison. I hope to make it implicitly clear that the people of Hexham constituency would benefit enormously from having a Green Party MP to represent them in Parliament. The Green Party is proud to speak truth to power and to hold government to account.

The Green Party would cancel the renewal of Trident (saving £110 billion over 30 years) and initiate international negotiations on a universal nuclear abolition treaty. It would curb the arms trade by ending subsidies and stopping the sale of arms to regimes which violate human rights (such as Saudi Arabia). It would wage peace not war.

Mr Opperman’s economic policies are highly regressive, serving only to increase inequality. He has voted for a rise in the higher rate income tax threshold, and he has repeatedly voted against increasing the “additional” tax rate for incomes in excess of £150,000. He has voted three times against a “mansion tax” on properties worth over £2 million which was designed to fund tax cuts for those on low and middle incomes and/or fund the lowering of the basic rate of income tax to 10%. He has repeatedly voted against a bankers’ bonus tax designed to fund the creation of 100,000 new jobs for the young, long-term unemployed and/or fund the building of 25,000 affordable homes.

Mr Opperman is a close friend of big business, at the expense of ordinary citizens – having repeatedly voted to reduce the rate of corporation tax, while failing to consistently vote for measures to avoid tax avoidance. In 2016, for example, he voted against giving the Financial Conduct Authority duties to combat abusive tax avoidance arrangements (e.g. by ascertaining the beneficial owners of trusts). It’s not just Mr Opperman’s fiscal policies that are regressive – he’s also repeatedly voted for more restrictive regulation of trade unions.

The Green Party would implement a Green New Deal (a just transition to a sustainable economy that would reverse austerity and create jobs) and introduce a Universal Basic Income (a non-means tested monthly payment to all citizens). It would also introduce a four-day working week, put a stop to gender and race pay gaps and limit pay ratios (between the highest and lowest paid within a company) to 10:1.

Mr Opperman’s voting record on human rights is nothing to be proud of. In 2013 he voted to remove the duty on the Equality and Human Rights Commission (EHRC) to “work to promote the development of a society where people’s ability to achieve their potential is not limited by prejudice or discrimination, and where there is respect for human rights”. In 2016 he voted in favour of replacing the Human Rights Act 1998 with a British Bill of Rights – even though this would have run counter to the UK’s obligations under the Good Friday Agreement. Although the British Bill of Rights was touted as a way of expanding and updating protections, it quickly became apparent that the government’s goal was to limit the application of human rights and prevent courts from properly enforcing them. In 2018 he voted against retaining the EU Charter of Fundamental Rights upon Brexit, despite a warning from the EHRC that this will lead to a weakening of human rights protections within the UK.

In part 2 Nick examines Guy Opperman’s record on home affairs, welfare, and funding for local government (and the Green alternatives).